I have been watching the recent election coverage with a combination of dismay and disillusionment. As someone who self-identifies as progressive and works for social justice, the majority of the candidates not only don’t speak to me, they don’t speak for me. Personal attacks, verbal attacks, racism. And this is just from the left. The leading candidate for president on the Republican side is a racist, misogynistic demagogue. Just, wow. How disheartening and enraging. The one candidate who has come close to speaking to me? Well, the irony is not lost on me that hope for a revolution has been claimed by a 70-year-old white man from Vermont.

I know I’m not alone in my dismay. I have seen more than one “We’re Screwed 2016” bumper sticker in my fair city. And despite a woman making history in securing the democratic nomination, many of us wonder if we’re falling into the #GirlIGuessI’mWithHer category. It makes for a very sad story.

But, here’s the thing. I don’t believe it’s the right story. This story is limiting. It is a story that is focusing on a very old narrative. One that focuses on a Western individual model of a heroic “leader” who will save us. Electing one person into office, even if it is considered the highest office, is still a focus on one individual. This is an outdated, white-dominant paradigm.

Making All People Accountable to Their Communities

My colleague Asha Mehta recently shared the book Community: The Structure of Belonging by Peter Block with me. As Block shares, we have a habit of depending upon and accepting an individualistic culture. One that focuses on one positional leader as the “leverage point for building a better community.” When we do this, we put the positional leader front and center and put citizens into a background role. “This is a deeply patriarchal agenda … and proposes that the only real accountability in the world is at the top.” Not only does this reinforce individualism and dependency, it “undermines a culture where each is accountable for their community.” (Block, 41)

And it’s a model for leadership that we see everywhere. Many nonprofits continue to focus on hiring one traditional, positional leader (e.g., the executive director) to take on the massive task of managing an organization, even though much has been written on the importance of building up the collective and shared leadership of the entire organization.

This feels true for politics as well. Vote for one person and stand back and wait for change to happen. During an election cycle, we look for a simple answer to complex civic issues. One person to solve for issues such as education, economic justice, welfare and poverty, healthcare, gun control, civil rights, immigration, and foreign policy. Let alone solving for the ignorance, bigotry, and fear our nation is currently grappling with. We throw all of our hopes and expectations onto that one person. And by doing that, we also defer a tremendous amount of power to her or him. But that’s really a technical fix. A simple solution to a very complex problem. What we have here is an adaptive challenge. One that will require a lot of people at every level of politics as well as in our communities. One that pivots from focusing on the impact of one leader to the greater magnitude of impact available through leadership by many.

Voting in just one person to be solely responsible for everything is a set up. It also lets us off the hook to do the very needed and difficult work of also leading.

So while the focus on electing one uninspiring individual into office sends me into despair, organizations and movements like those listed below give me hope. They are just some examples of a more expansive definition of who a leader is and how leadership can be structured that highlight the ongoing evolution of community leadership:

And while focusing on elected officials still emphasizes traditional leadership, which reinforces a solo model, these particular political leaders embody progressive, collective, community work. They (and others) would also ensure that social justice values are represented at every level of government. Here are a few of those inspiring figures:

Do even more women and leaders of color need to be in even more law-making and decision making roles? Absolutely. And do we need to continue to raise up less mainstream, collective leadership models in our organizations and communities? Absolutely. There is so much more work to do. And there is so much already happening that deserves the spotlight and more media attention like these articles from The Washington Post and New York Magazine.

As adapted from Block, the dominant context that values scarcity, leadership, individualism, fear, and fault prevents anything positive or hopeful from taking root. There is a great deal that is taking root that is indeed positive and hopeful. I choose to put my energy there. There is certainly a great deal of work to do to dismantle the beast that has given refuge for, and voice to, white fear and anger over the inevitable changing demography of the country, the erosion of the center, and the rewarding of whiteness as a commodity. 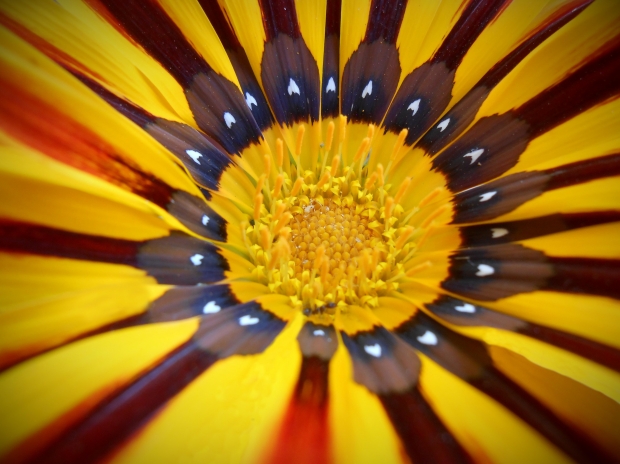 There are a lot of reasons to rail against so much darkness. To paraphrase Move to End Violence faculty member and Zen teacher Norma Wong, darkness has so much energy it can draw you in. However, darkness to fight darkness does not work. It is not strategic. When we are triggered to retaliate, we only generate more darkness. The bravest thing is to stand for light. We can make a choice about what we stand for.

The individuals and efforts I mentioned are merely a handful of the fierce and amazing things at work in our communities. They each stand for light. As a citizen, I choose to fan the flames of possibility and hold myself accountable by participating in my local and state politics. As a responsible citizen, I will work to ensure hate is not elected to an office that holds power and authority. I will not be complicit, to be sure. However, when it comes to hanging my hopes on one heroic leader to save the day, my energy is directed toward a different story.

VIEW ALL, or browse by:

On The Move Blog & News

Move to End Violence, a program of the NoVo Foundation, is designed to strengthen our collective capacity to end violence against girls and women in the U.S.

Going back to this guide from @MoveEndViolence these days to deepen my practices: https://movetoendviolence.org/wp-content/uploads/2015/05/building_movement_conversations_guide_english.pdf

The first of several videos from our learning exchange with @MoveEndViolence, @ofraneh @COPINHHONDURAS and our many partners in Puerto Rico! https://youtu.be/I6sOGjhVxQU

Read more about the exchange, our reflections, and photos here: https://grassrootsonline.org/blog/exchange-healing-justice/

On The Move Blog & News

Are you interested in swapping out sabotaging habits for more sustainable practices to help you show up as your most impactful you?

Would You Like to Be Updated About Our Activities?

Sign up for our newsletter and periodic announcements.
Web Strategy and Design by FusionSpark Media, Inc.